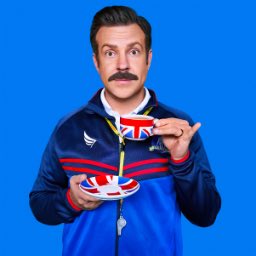 With 2020 in the rearview mirror, I wanted to take a few minutes and think about some of the things — content, technology, software, etc. — that I was most thankful for in 2020. It has been a long, stressful, exhausting year, but some great things still came out of it.

I was fortunate to have a trip to Iceland before COVID-19 outbreaks hit North America and Europe. It was an incredible experience and one of my favourite countries I’ve been to so far in life.

We took a week and made a road trip around the entire island and got to see the wide variety of scenery that Iceland has to offer. It was filled with lots of hikes and visits to hot baths — and a few highway closures due to snow and storms.

I can’t wait to go back to Iceland again in the future and continue exploring it.

Available once travel is safe again

Never before have I gone from being so uninterested in a TV Show to be one of its biggest fans. The concept of Jason Sudeikis playing an earnest ignorant American going to coach Football in the UK sounded like it would be an exhausting thing to watch. In reality, it evolves into a caring and lovely show full of in-depth character development. It takes a strong stance against gender stereotypes relating to masculinity while also developing strong on-screen female friendships that don’t revolve around the Men in the show.

I have been very pleasantly surprised to see Ted Lasso make many best of 2020 lists, and I can’t wait to see Season 2.

2019 was a year of film festivals for me — Including my first visits to Cannes and TIFF. At the start of 2020, I was hoping to go to even more film festivals this year – but of course, that didn’t happen! Thankfully a few festivals turned to online streaming this year, and I had the absolute pleasure of seeing Nomadland from the comfort of my own home as part of TIFF.

In a year that has me losing faith in humanity, this film helped bring it back. Depicting the often brutal life of someone travelling the country doing seasonal work — the friendships and connections developed are heartwarming.

I look forward to Frances McDormand, winning another very well deserved Oscar for her performance in this. No one else even came close this year to the performance she gave in Nomadland.

For the last 4 years, my primary machine has been a 15” Retina Macbook Pro with the butterfly keyboard - and for all those years, it’s been the bane of my existence. Other than it’s a gorgeous retina display, there has never been anything I’ve particularly liked about it. The touch bar has always been a letdown, the keyboard has broken on me and needed to be entirely replaced more than once, and I’ve had consistent performance and battery life issues.

I picked up an M1 Macbook Air, fully expecting to be returning it after finding it too slow to handle my daily workload. I did end up returning it in the end — but just so I could get a higher-end model. It is an absolute dream of a machine. It’s the first time I’ve been incredibly excited about a piece of hardware in years. It vastly outperforms my older but higher spec Macbook Pro, the keyboard is much more satisfying to use, and I don’t have a useless touch bar to deal with anymore.

I can’t wait to see what the future of Apple Silicon brings!

Available from the Apple Store

Although I didn’t do too much travelling in 2020 for obvious reasons — the first few months of it were packed! For all of my travel, I had my faithful Aer Flight Pack 2 with me. It is a perfect backpack for a nerd on the go — pockets for everything, well laid out, and just the right amount of space. My laptop, iPad, kindle, mirrorless camera, and drone fit inside just right with room to spare for all the cables and adapters that I haul around with me.

The bag took quite the beating in my travels and still looks good as new. I’m eyeing up some of their packable Go bags to pick up once travel is safe again.

I spent most of 2020 sharing an office with my partner - something we haven’t ever had to do before. We both work in technology and spend a good chunk of our day on meetings. After a few weeks (maybe a few days) of taking all of our meetings in the same room, I was dying for some good noise-cancelling headphones.

The Evolve2 85 is extremely expensive, but the cost is worth it for me. They have an incredible battery life, the sound cancelling works wonders on both the speakers and the microphone, and they feel great to wear for hours on end. They will also work as a great pair of headphones for travelling — something I was sorely missing before. International flights with earbuds always proved to be a very uncomfortable time.

In 2019 I moved to Toronto, and I had a year that was sadly lacking in board games — I was expecting 2020 to have a similar lack of board games, but the pandemic forced all of the board gaming online!

Tabletop Simulator has been an incredible tool for playing our favourites as well as exploring new games. It handles everything from the simple games, like King Domino, to the complex, like Terraforming Mars, incredibly well.

The effort that the community has put into making custom mods for it to bring different board games is incredible. Almost anything I’ve ever wanted to play I’ve been able to find. Thanks to Tabletop Simulator, I’ve purchased many new board games this year — hopefully, I’ll get a chance to play them in person sometime in 2021.

I can’t talk about Tabletop Simulator without mentioning a favourite game! Azul came out in 2017, and I’ve played a lot of it in the last few years, but it really made it to a special spot in my heart in 2020. It’s a simple, elegant, beautiful game that anyone can pick up and play easily but still has many in-depth strategies involved.

Earlier this year, we started doing Friday Afternoon board games with our Product team at SpringboardVR. We’re located across 4 countries and many timezones, so we don’t often get a lot of time to socialize. Azul turned out to be a hit across every team member and is played very regularly now.

Available at your local board game store

Podcast - According to Need

I’ve long been a fan of 99% Invisible — and am very excited to finally read their book, The 99% Invisible City — but their According to Need series is something even more special. I’ve spent most of my adult life living in two Canadian cities with substantial homeless populations — Toronto and Vancouver — and listening to this series of similar issues faced in Oakland was absolutely heartbreaking.

If you haven’t listened to 99% Invisible before, this mini-series is a great place to start.

Available wherever you get your podcasts

I read a LOT of books this year — 60, according to Goodreads. The pandemic made me have more time at home, which turned into even more time to read. Throughout all of these books, there was one clear winner — Network Effect by Martha Wells.

I read mostly Sci-fi and Fantasy novels, and the Murderbot Diaries series — that Network Effect is a part of — is Science Fiction at it’s best. Smart, hilarious, fun and with deep thoughts about AI and the future of technology.

Available from wherever you get books

In the darkest days of COVID in March and April, my partner went through two successive illnesses that caused us to be isolated at home for about 4 weeks. Going 4 weeks without ever leaving your home is probably something many people experienced for the first time this year — and is something I hope I never have to experience again.

During this time, the one bright note was that I took it as an opportunity to dive into a new side project, ChatFox, with a good friend and co-founder on previous projects, Alex Mason. It was a great way to fill countless hours while trapped at home, lazing on the couch while my partner played Animal Crossing. Learning both the Slack API and Typescript were exciting experiences, to say the least.

Part of Things I Was Greatful For

My yearly writeup of everything I was grateful for in the year.

comments powered by Disqus
#things i was grateful for